A knock at the door it is a monger..

I just bought a ripe phrase from a word peddler.

For all the stones that were projected canons and the hands that were arsenal wagons.

Some need a heavy down pour,some just a drizzle…to nurture them….moisture them,
Some are perenial,some are periodic,
Some flow undetered from source to mouth,while others meander,
Those that are weak are threatened by those that are rejuvinated…stealing their loved ones,a course that misfit…
Those that avoid deltas and reaches the gorge, takes the fall for greatness…..while those that don’t, dries out…waiting for another season of rain…
© copyright reserved.

I was in a taxi this morning…
Listening to the domestic Auntie’s latest critics,the pattern of their shaming talk has an intense diversity…
“NaMabuza got beaten brutally..” the concerned tone is cushioned by agony ,their analysis varies from newly recruited Nyaope addicts and latest teen pregnancy.
Behind them sits two drunkards ,flaunting their ability to keep a woman…one believes its wealth ,the other praises the skill of a man in bed…from their heated argument reeks a pungent scent..a mixture of booze and sweat….
…the driver manoeuvres his noisy cargo through blurs of puddling drizzles….with ease he twirls his wheel to avoid half burned tires,stones and trees ,the weapons of yesterday’s service delivery protest..
Two teenagers in uniform brag about how many cherries they harvested, one beats his chest proudly ..counting the number of foetus his girlfriend have aborted..
….next to me sits an Indian ..he looks at me and his mouth bend into a bitter scowl…is it sympathy? ,he has a sinister smirk ….observantly he indulge on the deceitness of the self destructed Africans..
…the khumbi’s creaky speakers blusts out in Simphiwe Dana’s voice painting the aura with a background harmony “Mayine..mayineeeee…”

I am a seed in a fertile womb of a surrogate mother…
Connected genetically to the biological maternal figure..
Impotent excretory gases,collapsing uterus walls…foreign placentas and torn umbilical cords. 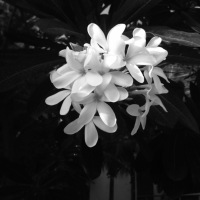 Compartment In The Poet’s Mind

Saturdays and Sundays with Coffee and Chickens